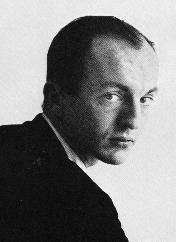 As we love at night
birds sing out of sight,
Chinese rhythms beat
through us in our heat,
the apples and the birds
move us like soft words,
we couple in the grace
of that mysterious race.

O'Hara comes as close as anyone I've read to the sound of a speaking voice in his poems  and still create a heightened language. This is the sort musical ear that makes for memorable images and declarations in a memorable poem. O'Hara's  opting for the everyday, the simple utterance, and the plainly and exquisitely rhapsodic is a reversal of sorts; instead of the poet comparing the joys of the senses to the condition of a Heaven one must live righteously to enjoy , if they wish, after an dreary and dry death, the poet says that heaven is more the state of being that  is needed here. There was no need to wait for joy; mouths were made for more than hurling curse words and insults, hands were made for more than forming fists and grabbing weapons.


At night Chinamen jumpon Asia with a thumpwhile in our willful waywe, in secret, play


He is, it's always seemed to be, always in some state of love, all the joy and agony and humdrum inbetweens of being enrapt in another person. Or en-rapt by his passion. Energy and elation are what O'Hara's constant themes seem to be, and what he has over his peers is a zaniness to treat the world as if it were a cartoon.


O'Hara, art curator and critic, a City Poet who embodied the idea of the urban center being the place where a population gathered and traded their art as well as their goods and services, writes here as man living in a city full of surprises, intrusions, movie marquees, galleries, relentless hustle and bustle. There is the loud blaring of music, movie soundtracks, news stands with screaming newspaper headlines, unending traffic. New York, the town he wrote about, is all chaos and bustle that nothing implacable unless one goes for the flooding of their senses.  This is the murmur of lovers in doorways after a late dinner at a nice restaurant who at first seek to get out of the rain but then, as they huddle in each  other's arms, find themselves falling into the  depths of their senses , the smell of hair, the scent of after shave, the touch of a unspoken fabric, where heaven on earth is created less as mists, clouds and music from far corners but rather as that safe huddle, the embrace that is a barrier against pleading car horns and angry drivers cursing each intersection that stops them with nothing but colored lights and book of laws they haven't read. Nothing matters in this city poet's metropolis when the authority of the senses are engaged and heeded and the newspapers all suddenly become written in punch lines. This is a life that is meant to transform the brutal material of the sidewalk and the cement and steel of the skyline into punctuation marks for the river of moods shared imaginations unleash. The only way to leave this city was by laughing out loud.


As we love at nightbirds sing out of sight,
Chinese rhythms beatthrough us in our heat,
the apples and the birdsmove us like soft words,
we couple in the graceof that mysterious race.


Here we are treated less with an accurate description of making love than an evocation of the experience itself, a billion China jumping at night to move the earth and Frank O'Hara and his partner rocking their own world with their own kind of rattle and hum, with Chinese jumpers, birds and fruit coming to mind as things that move the irreplaceable O'Hara to new states of desire
at December 03, 2012