God does not wear a seat belt 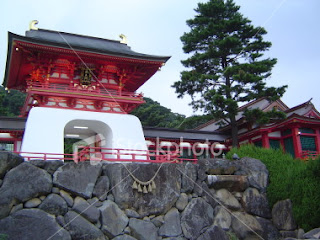 A Guide for Spiritual Tourists" by Hannah Faith Notess is a mere scribble of a poem, a set of lines unmarred by an phrase of distinction or music worth singing out loud. It is as poetic as a pounded flat iron. But it has other merits, which is sociological. Not so much the overworked clash of culture theme as it is an accute gaze at the sheer shallowness and folly of those who think they can find wisdom if they hurry just a little bit faster.This poem is an anti-epiphany, or one that works in a strange twist of perspective; this is a piece of journalism breathlessly enumerating the spiritual blitz going on as tourists seek to have an epiphany, a clear vision of things unobstructed by the ego, as if they can be ordered up like pizza.

This poem captures what I suppose one would belatedly call the post modern moment, that situation where one finds themselves rushing through alien environs , trying to match captions from tour books to crumbling facades and blistered artifacts, coming away with dizzy sensations that one mistakes for spiritual uplift but which is, physiologically and psychologically, no different than having weathered an especially abusive ride at one of many elephantine theme parks.


It told us whether to cover our heads,

where to remove our sandals.

It told us not to wear shorts if male

and if female to be careful.It said Speak slowly please. That's too expensive.

It said to tip the man guarding the shoes.
Pastiche, bricolage, and congenital looting of historical and cultural archives are the hallmarks of the post modern dilemma, a situation where one may breeze through the past and appropriate what the what and decorate their cosmology with the exotica that’s stricken their fancy the way clueless decorators would festoon a house with any odd thing they like, with no relation or reason. There is here that uninflected monotone that comes across in the newsreaders who intone news headlines. Everything bleeds together and becomes a dizzying swirl, which seems to be this poems bragging point. The guidebook, with its broken phrases and the distanced descriptions of the temple and its artworks and caretakers, has a skimming quality that is all tour bus. One feels herded, poked to move along.


Inside, rows of sandstone saints

with extra eyes. Or a black-tongued woman.

Or a rosy square with pigeons and a bath.

Or a cupboard of scrolls. Or a gilded man,

cross-legged or on a cross. Or tree limbs

coiled with flags. But always incense,

worn pavement, smoke-stained walls.This is a poem about witnessing life and not having any result nearing what one may rightly call an “experience”. What’s been seen is mere gloss and glance at best, there is nothing from the stop that indicates that anything has resounded. And the poem stays there, unworried about the likelihood that the metaphysics of this whole thing are based on nothing more than whim and giddiness.


As recently as twenty five years ago one could have described, straight faced, this situation, the touristy rush through another culture’s spiritual domiciles, as an existential moment, with the similar depth-less abyss of non-being looming just the same not far in the dark. The difference, of course, is that the existential poet brooded and pondered the severity of the spread of the lack of the innate significance of things, and worried deeply about how their actions either bring them closer or drives them further from achieving an Authentic Existence. Not that the issue was ever resolved, but it was a fertile premise for a good amount of novels, plays and poetry, especially poetry, some of it good, most of it dreadful, but all of it, I think, painfully sincere. The postmodern moment, the postmodern poem hardly seems to care what anything means, is fairly undisturbed by the incessant pilfering that is it’s chief aesthetic method, and in turn wallows in the absence of Big Ideas under whose broad umbrellas we find security and reassurance. It is the mentality of consumerism , of identifying impulse acquisition as a sort free-play of unchained semiotics.


The mashing together of concepts and images from disparate sources, the universal conflating of what were formally exclusive concepts is entirely the point. Institutions and their symbols are emptied of significance in this kind of marketplace. Comprehension is frowned upon, the equivalent of a buzz kill, while the glancing giddiness of crash-and –snap tourism is preferred. It’s not that what was seen in the temple remains a mystery, or inscrutable , as it were. The poem , like the attitude it bears witness to, does not have extra layers of dread and loathing formed around it because of the emptiness at the heart of what it talks about. The poet is perfectly happy to let the poem be something of an uncaptioned snapshot of a mindset that is too looped on it’s own giggling and ogling to be bothered with anything as presumptive as learning.
at August 21, 2007