Bound and determined to be cliche free!! 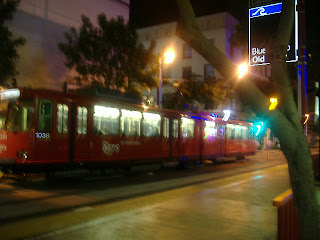 What irks me without fail are people who ought to know better saying "uncomfortability" when they mean "discomfort". It seems that some folks think that an excess of syllables, even to the extent of using words that don't exist in nature, makes an expression of commonplace ideas and feelings sound more subtle, nuanced, educated.These are words for people who don't know what they want to say, let alone how to talk about it.

Likewise, the use of the world "potentiality" needs to be banned by law, punishable by cruel mocking in the public square. There is no advantage of using that ungainly pile-up that the shorter, unambiguous and more efficient "potential" can't get across clearer and faster. The same goes for those who , when addressing the concerns that place ill at ease, will refer to their "uncomfortability" instead the plainer, faster, clear "discomfort". I suspect these folks prefer to make their concerns sound more elaborate and will use this awkward coinage in order to give their subject more gravitas. It only strikes me as odd;the term would seem to describe someone's particular ability to be uncomfortable. Ambiguity is fine for literature,poetry, even philosophy, but every speech needs to get to the unmistaken point. This term describes someone who isn't sure what it is they want to say.

A couple of co workers are found of announcing that they're going "on lunch", a phrase that sounds as phony baloney as it gets. I realize it may be a regionalism , but here in San Diego the term grates the ear. It has the slimy resonance of an obvious poser over enunciating his words to appear hipper than sweet Jesus with an eyepatch.Dude.

Sorry to say, but there are still fields of self-help/recovery/New Age grope speak here in San Diego, and it's not unusual in the course of a day to hear someone describe a bad mood or other psychic malaise they have as being "being in a bad space." For me, a "bad space" is standing in front of moving traffic as it rushes towards you. Related to this are folks who say that they need to take care of their own needs or else they "get to that place " where they become The Hulk. Funny , but I've never seen these "bad spaces" or dreaded "places" that make people become awful. Is there a map I can buy?
at June 26, 2007