Writers and their books which pleased me 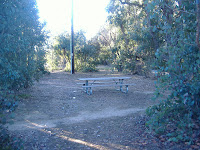 
First time novelist Chris Bachelder scores big with his debut novel, and has produced the kind of post-modern satire that the over-praised and under-edited Jonathan Franzen strains for in his "Corrections" leviathan.
In the future, the televisions have no off switch, nor do they have remote controls, because technology has gotten to the point that television no longer influences the culture, but IS the culture. Reality and simulation melt together seamlessly, without a trace of resistance from the archetypal family whose path we follow as they prepare themselves for a Las Vegas vacation to witness the much hyped Media Event of Bear v. Shark. Bachelder keeps a straight face through out most of this short but punchy novel, and displays an ear for the way television cant infiltrates our daily speech, and invades our dream life. Scattered through out the book are a heap of fast and savage rips on Mass Mediated news, sports call-in shows, flouncy entertainment under which nothing substantial resides. In this world, experts in the guise of pundits, jocks, philosophers, and academics all feed a an uncountably intrusive technology that renders every distraction and disturbance into an entertainment value, to be used until a new contrived sequence of illusion can be set in place. Bachelder, demonstrating a brevity and incisive wit that trashes the claims made for the word-gorged "genius" of D.F. Wallace, writes surely, sharply, with his eye never off his target. Though he does, at times, resort to the sort of post-modernism stylistics and cliches, such as having the author step out from the story to deliver some self-aware discourse on the limits of narrative's capacity to represent the external world fully, completely -- he has a novel or two to go before the lit.critese is pounded out of him -- our author finally reveals a humane side underneath the smart language, and issues forth a funny yet serious warning about our habit of relinquishing our thinking and our capacity to live imaginatively over to the hands of data-drunk programmers.

Jim the Boy
by Tony Earley

Earle’s' rendering of a Perfect Past has it's attractions and charms, and is in many ways endearing, as long as the reader remembers that there was never a time in either their life or the life of anyone they know when such earnest happiness and satisfyingly extended good- will ruled the day. Suspension of disbelief is the best advice before perusing these pages. Early evokes the simple tale of a boy being raised by his mother and four uncles in such a poetically sustained way--sure language, spare cadences, a sharp ear for knowing when stop a description-- that you forgive the over ripe sentimentality that is at the heart of this book.
The success, I think, is in the author's ability to describe Jim's point of view in a straight forward manner, free of seeming authorial intrusion: Jim and the others, particularly the Uncles, emerge as credible characters, each with their particular character ticks and quirks. This set of relationships, balanced and relatively sober, almost makes up for the sheer mysticism that Earley wants to cast on rural South Carolina during the 30s. There is something subtly fake about this beguilingly transparent coming-of-age story, a Disney tale for the postmodern period, a reverse Alice Walker, a past that is re-assembled into a more perfect union. Needless to say, I'm ambivalent about the tale and the telling, but it is a tribute to Earley's art that his debut novel resonates as well as it does.

The late Ed Dorn wrote a masterpiece with "Gunslinger", an anti-epic poem that prefigures many post-modern gestures from its 60s era starting point. Funny, cartoonish, erudite to the extreme, it also locates a tuned lyricism in the Western vernaculars that Dorn uses: the metaphysical aspect of our legends, the sheer questing for answers as Euro-Americans come treading closer to a West coast that will stop them and force them to settle and create lives from dust and ingenuity, comes alive in way that never escapes the zaniness of Dorn's' narrating inquiry into the nature of the search.

Civil Noir
Poems by Melanie Neilson
Melanie Neilson has a genius for tearing apart the suggested givens of an image, and then reassembling the details in ways that confound meaning. She gives a long look behind the set designs of our social construction, and inserts a heated zaniness into our negotiations with the normal. Her sense is visual, her language--exploded, elongated, twisted, resolutely reshaped---sensual and snaking with percolating pleasures.

Tough Guys Don’t Dance
a novel by Norman Mailer
Mailer had said that he wanted to write something fast, nasty and fun after the time and energy he lavished on two of brilliant and more ambitious projects, Ancient Evenings and Executioner's Song. Tough Guys Don't Dance is that book, in the tradition of Chandler, Hammett, Ross Macdonald. Tim Madden wakes up after a long life of wasting away as a binging alcoholic and finds his bed drenched in blood; later he finds his wife's severed head in a secret pot stash. He, however remembers none of it, and this provides Mailer ample room to ruminate about the metaphysics of hangovers and black outs and the perversions one finds themselves willing to commit when wealth and power are at stake. The cast of characters are unruly, pinched in the nerve and casting a faint whiff of what one imagines the store room where Dorian Gray's portrait was held in sick secrecy. Madden, hardly an innocent himself, stumbles and routs about trying to piece together the events of his last binge, terrified in the possibility that he might well be his wife's killer. Mailer's prose is breathtaking and poetic, and creates a tension with the gamy undertakings of the plot. This is not one of Mailer's masterworks, not be a long shot, but it has verve and drive and a splendidly sick wit, and it reminds us that Mailer can construct an odd tale and twist it in any direction he pleases.

Meet Me in the Parking Lot
stories by Alexandra Leggat

Flannery O'Connor, Russell Banks and Jersey Kozinzky meet for coffee , hash browns and small talk about psychic exile and the best sort of knife edge to hack through a bothersome bit of bone. Odd, disturbing, violent material here--violence either explicit or always at the edge of the crystallized situations here--all of which are made more jarring with Alexandra Leggat's taste for terse sentences and abrupt endings.

It works, for the most part,and the arc through the stories, life inside cars, on dark streets, side roads, parking lots behind anonymous bars, presents us with any number of dazed, abused and high strung women and rattled, crazed, raging men enacting any number of strange movements and quirks. At best, these stories are an adrenaline jolt, speaking truly to the sort of flash that gives one the urge to leap in front of traffic, to challenge immensity of grave and

Satan: His Psychotherapy and Cure by the Unfortunate Dr. Kassler, J.S.P.S.
A novel by Jeremy Leven

No one has ever done a subtler or a more devastating send up of the psychiatric/psychology industry, nor have many been able to insinuate sly philosophical digressions into a frothing satiric text with such grace and pacing. This satan, faceless, locking himself inside a computer in a public gallery, has the charm to coax a snake out of new skin. The complications are wonderfully wild and orchestrated, and Kassler's travails as a single dad trying to rekindle a relationship with his children are heart breaking as they are potently hilarious. I am in the league that lent his copy out, and I've been trying to replace it for years. This book needs to come back into print. Author Leven has given us one of the best structured, best written American comic novels, and its a disservice to the reading public to keep it out of print.
at May 21, 2007