I get a kick out of Jesus 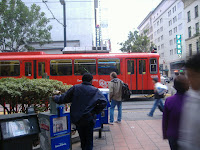 Because I didn't think my sins were interesting enough, being anemic , venal transgressions on the more minor points of God's limitless conditions of existence under His grace, I used to make stuff up when I went to confession because I was unclear on what confession was, didn't want to reveal the impure thoughts coursing through my twelve year old, and because I thought the whole idea of going into a black box with a man in a black dress creeped me out.

I was creeped even more hearing him breath through the screen, deep, grating rasps of a man who smoked and drank hard, amber alcohol. I was sorting through my contrived sins , trying to remember how many times I had done each imagined offense and attempting to calculate as well the penance I might receive (there was an element of trying to get a "high score") when I heard the priest mutter under his breath c'mon, hurry it up, c'mon... I told the priest to go fuck himself and ran out of the confessional and out of the church to get on my bike, riding off down Livernoise Avenue with a faint,tired yelling of "hey" behind me.

The next day at school some older boys were leaning against a fence by a parking lot adjoining the Catholic School."You told Father Martin to go fuck himself" said the biggest kid, one of the altar boys who helped the parish priests perform Mass during the week days, " You got yourself a fist full of trouble, punk."

He pushed me off the bike, and after I fell to the asphalt, each of the older boys kicked me something fierce; my books were strewn over the parking lot, my bike was thrown into the middle of the street, my nose was swollen and bloody. "Eat shit, punk" said the biggest kid."Jesus loves you" I wise cracked. He turned around and kicked me again, right where it counts
at April 23, 2007