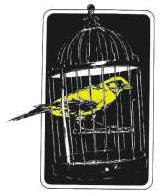 "Windows on the World", a poem written by Alfred Corn and published in Slate on September 11, 2003,is an ill conceived poem commerating the attack on the World Trade Center that would seem to confirm the skeptic's view that poets are willfully suffering narcissts who think everything in the world is in play in order to disturb their peace. In other words, to fuck with them. It's strange, odd, perverse, and somewhat immoral to write a poem using the 9/11 attack as a pretext to write another self-infatuated poem that really is more about how much the writer thinks about himself and his assignation as a "poet"; whatever the goddamned what Corn puts on his tax return as "occupation" has to do with the still barely speakable horror this day has come to mean is beyond any sense I can find, and worse, it is beyond anything useful to others.

This is a wandering and traipsing along the subject matter like a drunk tourist gawking at the bizarre ways of the big city, a laughable and loathsome tour of Corn's intellectual baggage. Connecting the ruin of the WTC with the crashing of Windows operating system is a ploy him to remain a thousand miles from any connection with real emotion; it is relentlessly ironic and snobby in its form as a poem. The subject matter, the real horror is aestheticized out of mind the way a narcotic lulls one into a stupor and then a nod against a world that still must be faced and made sene of.

Corn does none of that at all, but what he does do is give us a long, wavering and arrogantly ambivalent stretch of muddled semiotics where everything is a straining reach, a forced association, a willful perversion of real imagistic reach. Had the subject not been so grim and disheartening, this would seem more parody than anything else.

This poem angers me to no end. If Corn was paid for this piece, he should feel honor bound to donate the sum to a cause that actually gives hope to others in the human community. Following that, he might quit whatever teaching job he as in the instruction of writing and get a job in the receiving area of a Salvation Army Thrift store.
at September 20, 2006