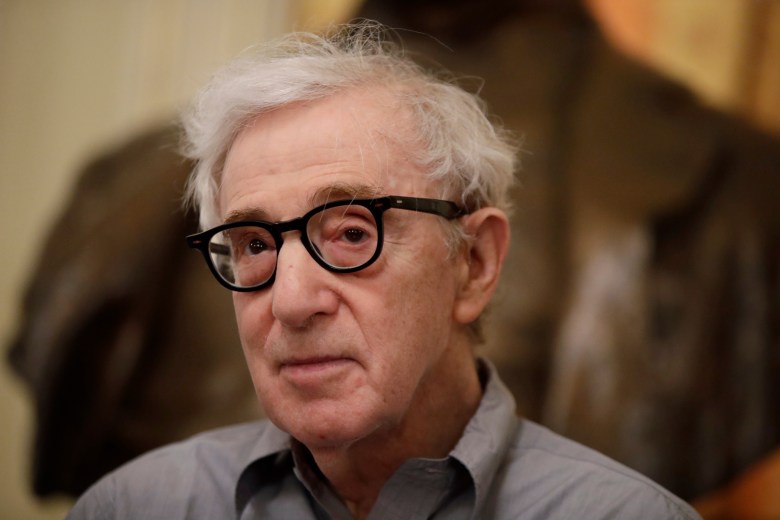 The little I've read about Allen's memoir Apropos of Nothing gives further confirmation that brilliant artists are  often awful people, creeps in fact , and underscores the wisdom of having realistic expectations from such bright lights of talent when observing them behave in matters separate from the art they make for our distraction. Being an artist, whether poet, novelist, painter or musician, is not a priesthood by any means. Without diving into the weeds about the allegations that Allen had molested his daughter Dylan , I will step back and say that it’s a family feud with no jackpot, a large pile of reeking results of separate streams of bad faith. In any event, I will satisfy myself with reading a half dozen book reviews because other matters, more interesting and crucial, have bled the subject of Allen, his career, his successes and his sins dry of any allure. The matter is a dead, dry husk of wretched old flesh under a sun lamp of scrutiny.  The characterizations I've read, quoted with glee with reviewers anxious to soil his name a little more, does indeed cause the writer-director-comedian appear to be an unseemly prick.

I will leave it at that and trust that he is yet another artist I admire who likewise suffered the indignity of being human, too human, despite an element of extraordinary talent and achievement. At 84, I suspect Allen doesn't care what others think about he thinks of everybody else and expects his reputation as a genius film maker to outlive the predator allegations. It's certainly the case with Frank Sinatra, who survived the storm over Kitty Kelly's fantastically damning biography HIS WAY in 1986. Sinatra sued to stop publication but later dropped the suit, and the contents of the book revealed an ambitious , insecure , raging man gifted with a beautiful voice and attendant charisma who was in actual fact a monster.

Thirty three years later, the Kelley book and the deeds it recounts are safely back in the shadows and the general view of Sinatra, his reputation, is a glorification of a legend, an artist, a genius, a true romantic, a profound American success story. At this stage of the game, Allen believes the same will be his fate, that his many successes as a film maker and humorist will outpace that gamier aspects of his life. Americans prefer to believe their legends.