Dreams of Milik and Honey 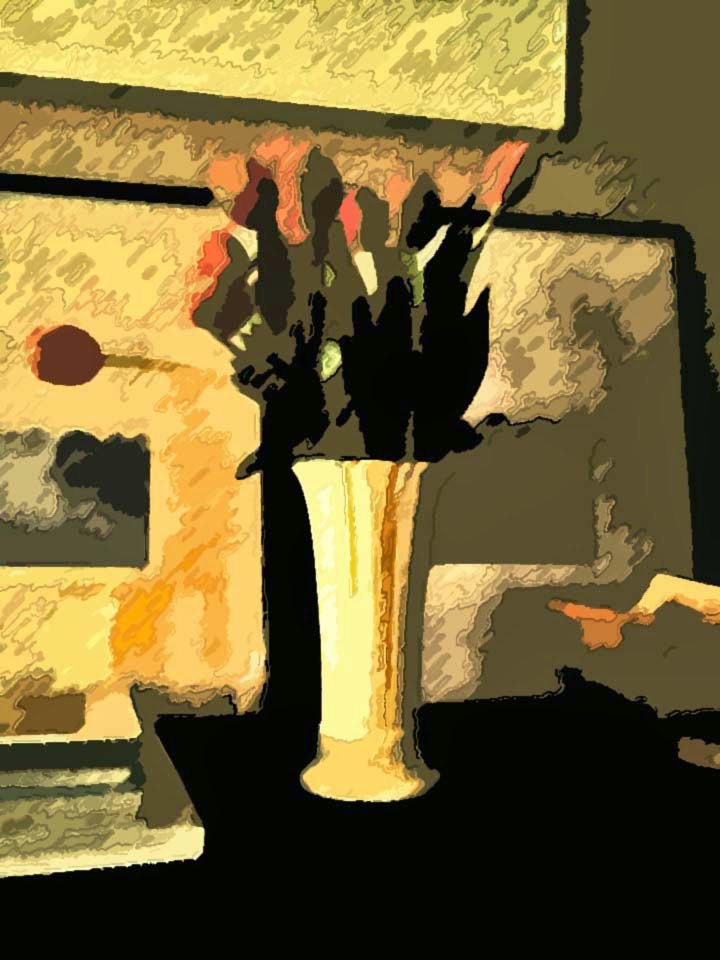 What song is going through my head? An old one, real old, "Dreams of Milk and Honey" by Leslie West and Mountain, from the second side of their album Flowers of Evil, recorded at the Fillmore East in NYC in 1971. It is one of the great moments of Hard Rock guitar, with a great, lumbering riff that distorts and buzzes on the low strings with crushing bends and harmonics squealing at some raging pitch that might make one think of natural calamity, a force that cannot be withstood.

West, never the most fluid guitarist , had , all the same, a touch, a feel, a sense of how to mix the sweet obbligato figures he specialized in with the more brutal affront of power chords and critically nasty riffing. The smarter among us can theorize about the virtues of amplified instrumentation attaining a threshold of sweetness after the sheer volume wraps you in a numbing cacophony, but for purposes here it suffices to say , with a wink, that is a kind of music you get and accept on it's own truncated terms, or ignore outright. His guitar work was a brick wall you smashed into at a unheard number of miles an hour and, staring up at the sky, you noticed the bloom of a lone flower, not to mention a halo of tweeting birds and la-la music.  There is an aesthetic at work here, but it might as well come to saying that you had to be me , at my age, in 1971 when I was struck by this performance to understand a little of why I haven't tossed the disc into the dustbin.He is in absolute control of his Les Paul Jr., and here he combines with bassist Felix Pappalardi and drummer Corky Laing in some theme and variation that accomplishes what critic Robert Christgau has suggested is the secret of great rock and roll music, repetition without tedium. There are no thousand-note blitzkriegs, no tricky time signatures, just tight playing, a riffy, catchy, power-chording wonder of rock guitar essential-ism. I've been listening to this track on and off since I graduated from high school, and it cracks me up that my obsession with this particular masterpiece of rock guitar minimalism caused a number of my friends to refer to me listening yet again to my personal "national anthem."
This is the melodic , repetitive grind I wished life always was, endlessly elegant and stagnant, shall we say, in perfect formation of the senses, hearing,smell , taste, the arousal of dormant genitalia, all big and large and grinding at the gears that sing sweet mechanical song of intense love heavier than any metal beam you might care to bite into. Andy Warhol mused that he liked machines and that he wished he could turn into a machine, producing endlessly perefect things of unchanging design and nebulous purpose, unfailing in their exactness. More power to you, Andy.Machines, however, rust and corrode and fall apart and there is something beautiful in that as well but ,alas, the end result of that is the end waxing poetic. Alas. Sing it, Leslie.
at October 02, 2014