Nothing doing in anyhow town 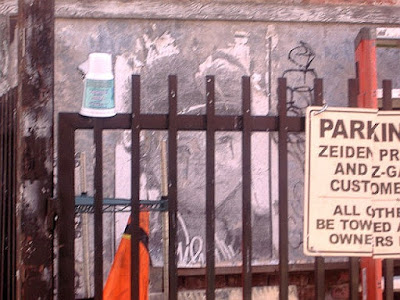 Perhaps we should use our Internet like it were a telephone; use as needed, but only in helping us navigate the community we live in or the communities we might visit. Hard to do, though, as in the death of book stores and record stores displays; a good many of us prefer spending our money from our desktops rather than go to town. Going into a shopping center used to be a useful time killer, an activity that had attractions other than the assortment of utility -based commerce,like drug stores, hardware stores, supermarkets; one could browse a bookstore shelves and decide what to take home after inspecting the completeness of scattered topic territories, you could listen to and buy music at a record store and perhaps experience new ways of making melody and improvising on a theme that hadn't yet been in your experience, you could see a movie at a theatre and maybe, just maybe be privy to a foreign release on the aggressive cognoscenti are aware of.
Movie theatres are hanging onto their turf in the public sphere, of course, but there is less reason to dwell , walk around, to visit the town center further. It was recently like this, when I worked as an agent at a call center for an Internet company, who had their headquarters in a new industrial park on the far fringe of the developed land in North San Diego County. I would take the bus to the mall nearest the complex and would then walk for fifteen minutes to take my seat in front of phone console, waiting for the first irate client to call in. It used to be that every mall I went into had a Wherehouse or a Tower Records, a Walden or a Doubleday Bookstore; now it's empty windows covered in long , brown sheets of butcher paper, kiosks selling sunglasses and cell phones, clothing , bath, and electronic stores with one, maybe two browsers per store, if they were lucky, with no sales being closed by hapless sales clerks. There was nothing , nothing at all I wanted to buy, nothing I wanted to see, nothing in the name of anything interesting I wanted to inspect, pick up, make mine, even if I had the time.
Walking to the office building where I worked, down those long, wide avenues with cars by the hundreds heading for the freeway, away from the city, was more inviting than killing time where the spirit of life had been murdered.  In short order, I would have my headset on, talking to people who listened to Rush Limbaugh responding to an ad he'd just read on the air, an offer they couldn't refuse. Credit card in hand, they wanted to make an order with me, or complain in technicolor language about an order they placed with someone else wearing a head set like mine. Life had gotten smaller, lazier, and  small wonder that it seems everything we thought was certain is now a pile of platitudes and the recrimination of morons; we can't get in our cars, get on our bikes, get on a bus and spend our dwindling resources in the town we live in; mean people are too lazy to harass the hired help in person.
It's pathetic.
at July 25, 2010

Email ThisBlogThis!Share to TwitterShare to FacebookShare to Pinterest
Labels: Internet