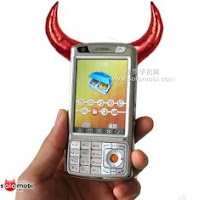 I long refused to get a cell phone and preferred rather to rage at the yakking philistines who couldn't stand silence in public places like bus stops or airline terminals , nor be bothered to bring a book or a magazine with them if they knew they might be alone at some period in the day, between stations, with no one to confirm how bitchen they were. It was a satisfying arrangement; overworked and underpaid and yet with so much unfulfilled promise that I could barely speak when my anger welled up like some dystopic stew blowing off the oppressive lid, my contempt for cell phones and the tech-addicted jerks who diluted the language with the odious devices was just the thing one needed to get a psychic leg up in the world.

I was smarter, I was old school, I revered books and the words printed on them by great writers who took their mission seriously, I cherished meditative quiet and loathed boorishness, I was a man of the ages (or at least the Seventies), I was an arrogant jerk. Arrogant and a jerk, yes, but it fed my ego, made up for whatever perceived failures I might have brooded over and over as the years wore on. The thinking was that for all the shortcomings and defects of character and amends that have been a part of my story, and for all the spasmodic awkwardness of getting my life back together , I at least had integrity and maintained a standard, which was that I used words carefully, I spoke only when I had things to say, and that I wouldn't indulge in an appliance that would, for a fee, indulge the prolix demon that lay dormant inside me. I had a home phone with an answering machine, and I would well wait until the end of the day to listen to who wanted to speak to me and why; if I needed to make a call en route somewhere, I could always use a pay phone.

Always use a payphone. Things change incomprehensibly when you're not paying attention, and came the time I needed to make one of those calls from a pay phone, none was to be had. There used to be two pay phones at the gas station next to the bus stop where I catch my bus to work. One morning I needed to call and tell them that the bus was running late, and as I turned to where the phones were, I noticed that one had been removed by the vendor, and the other one had a smashed receiver dangling from the end of the phone cord. It would have made a great photo urban reality, an example of all the shiny things of the recent past becoming obsolete, smashed, useless and lacking even design virtues for one to consider in aesthetic repose.

All the integrity and class and hard won soulfulness I assumed I'd garnered by refusing on principle to be reachable virtually anywhere, at anytime benefited me not at all. I stood there in the familiar raging powerlessness, staring where there used to be two perfectly operating phones. It was all I could manage not to fall into that abyss that seemed to suddenly appear just below my belt line, a gaping chasm of nothingness and undirected Being. It was dread, nausea, the whole anxious existential moment Kierkegaard fretted about with such vituperative relish. All this to say that I was annoyed unto death that I couldn't make a phone call when I needed to with the pay phones that were formally available with an Eden-like convenience. One ought not to have been surprised, or feigned the indignation of being caught short, as I had noticed the shells of old payphone booths dotting the city blocks from the lower to the higher economic sections of the city; gas stations, 7-11 stores, strip malls were having the pay phones removed, leaving an acceptable scarring on the building sides where they formally waited to be used, abused, bashed with hammers and spray painted with gang graffiti. Like some of us, I never considered the world to change this close to the route I take to and from work everyday. There was sufficient warning, my senses were not addled, I wasn't unaware of what would needed to be done sooner or later. Sooner, though, comes sooner than you think.

In the meantime, a mixed clutch of exchange students drifted toward the curb as the wayward bus finally emerged in the horizon and now approached the red painted curb, every other one of them rambling with a dead pan earnestness in the narrative tongue into cell phones wedged between shoulder and tilted head while they fumbled for bus passes or exact change. Doubtless whoever these folks were talking to knew when their phone mates would arrive, and how to reach their party if they didn't show.

So there I was, in downtown San Diego, entering a cell phone vendor's storefront as a newcomer. A salesman with a name tag reading "Jesus" offered an inquiring hello. I swallowed what small portions of pride I had left and told him my dilemma;