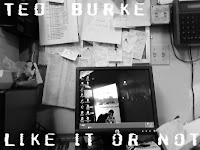 There was a gasping blowhard on a blog who in the course of a debate as to which country , America or Britain, had produced the largest number of Great Rock Bands uttered these phrases that still have me gritting my teeth these seven years later, formulating a ready response: American bands with VERY few exceptions SUCK! The best I could come up was this: Do you mean all American bands, ever, from any time in rock and roll history? You don’t believe that since American bands and solo artists are the architects of rock and roll, and that without them, the British bands you love would not exist, at least not in the form that makes you go gaga and loopy, like and roll ought to do. I refuse to believe that any art that I love stems from, or was influenced, or made possible by anything that ‘sucks’. Since American bands influenced a good many great British bands, American bands, by and large, do not suck. Great musicians tend to be influenced by other great musicians. I think you understand that. For the track record in the post-British invasion phase, I insist that it’s about even, America ahead by a neck. But here, we can have a reasonable disagreement.

The fact of the matter is that the history of British rock and roll is a reworking of traditions that are not native to your shores. You've produced great music and extensions of established styles, but rock and rolls' bleeding edge comes from America, finally: that seems to be the only advantage to being as gummed-up as we are--there is a tension in the musical culture that remains constant and vital that you Brits, historically, have only refined into an aesthetically arguable style. Britain has gotten all the credit for punk rock, and even that’s not their own invention: The MC-5, Iggy and the Stooges, The Velvet Underground and the New York Dolls were playing years before Malcolm McLaren placed his want-ad for future Sex Pistols. But what of it all? It goes back and forth, and it’s unlikely that either shore would have made as interesting music had we not been exposed to the music the other was making. Every note that gets played comes back to us changed, modified, altered to suit another players' purpose relevant to his experience.

The Sex Pistols’ Never Mind the Bollocks crushes one’s skull and destroys one’s notions of pop decorum just fine, but it does sound like Kick Out the Jams sixteen years later. The psychodramatic of marginal bands who are locked out of the star-making machinery is, like it or not, is a long and rich tradition in America with the likes of Alice Cooper, another Detroit boy who sold several million albums with the proto-grunge rock sometime before the Pistols had half a wit about themselves. One cannot take black music from the equation; to do so is racist and foul and evidence of bed wetting. Rock and roll is black music at its heart and base, and we'd be dishonest to exclude the matter. It does, after all, come from Chuck Berry. Ask Keith Richard. Chrissie Hynde still sounds American to me, and still sounds like Akron, Ohio. Iggy Pop and Ted Nugent hail from the Detroit/Ann Arbor area, and the geographic/temporal coincidences certainly didn't cause either to sound like the other. In turn, why should Hynde sound like Devo? Any hoot, she kicks it major ways, she is awesome, a goddess. And obnoxious? I only have to buy her records, not buy her dinner.

For BB King and other blues artists, its still another case of Brits admitting that the music they're making is based on someone else’s work. We cannot seem to get around that. Eldridge Cleaver is as fallible a cultural critic as anyone you can name, and his comment about the Beatles was intended to appeal to white radicals who were buying his books. It was a nice for him to assure his audience that he wasn't a complete monster: say something nice about something they love. Proper credit for a white man making black music acceptable to white teens, though, properly goes to Elvis Presley. Anyone of our blessed Brits would cite the El as their first exposure to black music, along with millions of white American teens, was through him. The Beatles essentially were needed links in an ongoing chain of influences. But Elvis was the groundbreaker. Period. Any other statement is not accurate, Eldridge Cleaver to the contrary.
at January 23, 2008